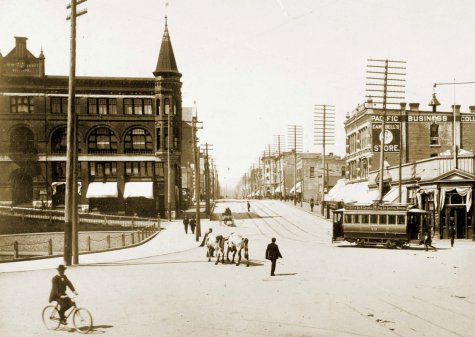 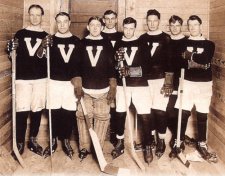 The first professional hockey game ever played in Vancouver took place on January 5, 1912, it was enjoyed by the crowd at the Patrick brothers’ Denman Arena. The Vancouver Millionaires beat the New Westminster Royals 8 to 3. In 1915, they won the Stanley Cup. The finals were played in Vancouver, with Games 1, 3, and 5 played under Pacific Coast Hockey Association (PCHA) rules. The Millionaires became the first team from the PCHA to win the Cup. 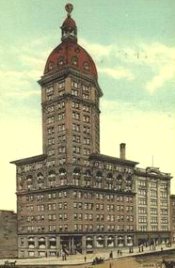 The 270-foot (82.3-metre) tall World Building went up at 100 West Pender. We know it today as the Old Sun Tower. John Coughland and Sons of Vancouver fabricated 1,250 tons of steel for what was then the tallest building in the British Empire. It held that title for two years. (The caryatids on the building, the “Nine Maidens,” were created by sculptor Charles Marega.)

On February 12, 1912 the Vancouver Morning Sun first appeared. Later, it will become an afternoon newspaper, the Vancouver Sun. When the Sun began operation, it was published at 125 West Pender Street, just around the corner from The Province, its rival at the time. In 1924, the Sun bought the Vancouver World newspaper, which had been in financial difficulty for some time. In March 1937, a fire destroyed the Sun's business and editorial offices. The only casualty was the janitor, who suffered minor burns and smoke inhalation. The Sun promptly moved across the street into the World Building, where the World had been published. The building was accordingly renamed the Sun Tower. The paper moved to Granville Square in 1997. 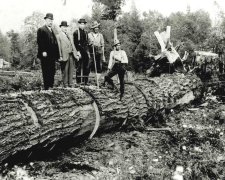 On March 15, the municipality of West Vancouver was incorporated. The population was 700. Land for the city hall was donated by John Lawson, called by some the "father" of West Vancouver. (Population in the summers went up to 1,200.) The first municipal election was held on April 6, 1912. In November 1938, the Lions Gate Bridge was opened to traffic, allowing extensive growth of the semi-populated community, previously only accessible by ferry. Some homes in West Vancouver date back to the 1920s and 30s, though most of the currently existing dwellings were built in the 1970s and 80s, and mostly in British Pacific Properties' developments.

On March 30th the Vancouver local of the International Longshoremen's Association was formed, with 60 charter members. Also that March, Emily Carr, back from a sojourn in France, exhibits paintings she created there in her gallery at 1465 West Broadway.

On September 18th, Canada’s Governor General, the Duke of Connaught (a famous soldier and a son of Queen Victoria), visited Vancouver with the Duchess to officiate at the ceremony naming the brand-new Connaught Bridge—a name that never caught on. Everyone called it the Cambie Street Bridge. (It was demolished in 1985, replaced by the present bridge.) The royals were accompanied by their daughter, Princess Patricia, the woman for whom the Princess Patricia’s Canadian Light Infantry (PPCLI) is named; she was the regiment’s colonel-in-chief.

The Connaughts officially opened the provincial courthouse, too. James Findlay was the first Vancouver mayor to wear the new gold civic chain of office. That was for the royal visit. 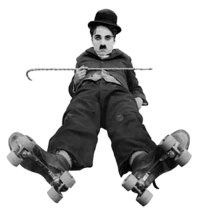 Also in 1912, the Lee Building at Broadway and Main went up. That’s the one with the huge billboard atop it. The CPR Station opened at 601 West Cordova. Contractor was Westinghouse, Church, Kerr & Co. Today the beautiful old building is the western terminus for the SkyTrain and the West Coast Express, and the southern port for the SeaBus. Charlie Chaplin and Stan Laurel performed in Vancouver with a music hall troupe from England, “Karno's Comedians.” A 250-pound Vancouver policeman, Duncan Gillis, became the first Olympic medal winner from B.C., winning silver at Stockholm in the hammer throw. (48.39 metres.)

So how did the Oreo get its name? The people at Nabisco aren't quite sure. Some believe that the cookie's name was taken from the French word for gold, "or" (the main color on early Oreo packages). Others claim the name stemmed from the shape of a hill-shaped test version; thus naming the cookie in Greek for mountain, "oreo." Still others believe the name is a combination of taking the "re" from "cream" and placing it between the two "o"s in "chocolate" - making "o-re-o." And still others believe that the cookie was named Oreo because it was short and easy to pronounce.

No matter how it got named, over 362 billion Oreo cookies have been sold since it was first introduced in 1912, making it the best selling cookie of the 20th century.