Which Social Network Should You Advertise On? 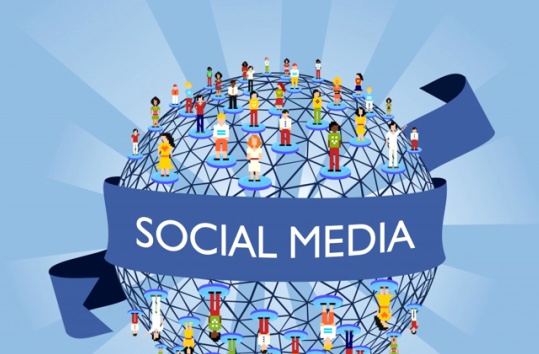 Social media advertising is a great tactic to use to supplement your other inbound marketing efforts. That said, each comes with its own strengths and weaknesses, and acknowledging these can help you put out the most suitable, engaging content possible.

Social media has become a cornerstone of marketing strategy; it doesn’t matter what industry you’re in, social media is a tool you should be using everyday to interact with consumers.

Let’s dive in and examine the pros and cons of advertising on each of the four major social media platforms.

The Good: One major benefit to using LinkedIn is its user base, which consists mainly of business professionals. Over LinkedIn, your ads are almost always seen by business-minded individuals, like yourself. This makes it a social media platform with high conversion rates. Like Facebook, you can also target to niche groups in categories like demographics, employee title and location.

The Bad: Don’t expect a high click-through-rate for your ad here. However, while you’ll rack in less overall clicks on LinkedIn, the users behind the clicks are much more qualified than they are on the other social media channels. On Facebook, you may get as many as 1 in 200 impressions; on LinkedIn, it’s common to receive 1 in 500.

Another downside using LinkedIn is the cost of running an ad campaign. It’s normal to pay up to four or five dollars a click. The extra cost may be worth it you, however, because you’re reaching a higher-quality audience for your business and bypassing those who aren’t interested automatically. 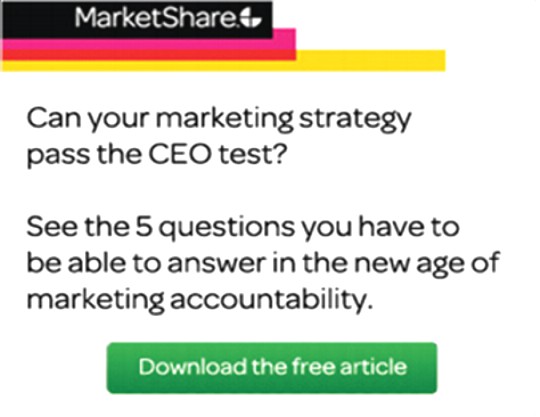 Example: Here’s a perfect example of effective LinkedIn advertising. MarketShare used LinkedIn display ads to drive traffic to their site by targeting an audience of marketing professionals they were looking for.

The company garnered significant results by utilizing this method: the ad received a .10% click through rate, which was double the number MarketShare expected. They also reported seeing more qualified leads coming in through from different verticals. Success! You can view the MarketShare case study here.

The Good: Twitter allows you to target people based on their current interests. Every time someone sends out a tweet with a hashtag, you have the ability to target them via social media advertising; this is just like keyword targeting on Google AdWords.

Another way you can effectively target a particular audience on Twitter is by honing in on a particular user. Find someone, like an industry influencer, and target their set of followers to extend your ad’s reach.

The Bad: Even though Twitter has a great ability to target users through keywords and hashtags, targeting by interest isn’t as easy. The selection of interests to choose from are extremely limited. The closest interest category for a B2B inbound marketing agency to choose from is “Marketing.”

Choosing this category will not prove to be very effective, since it includes such a vast industry. Twitter has the potential to being a great channel to advertise on, once they expand their categories for advertising. 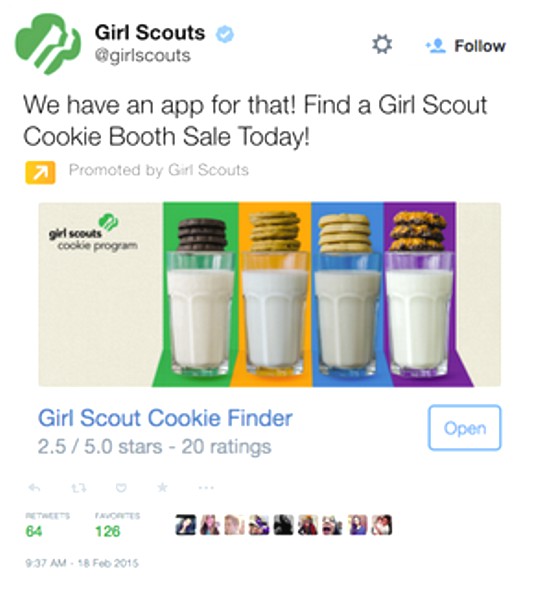 Example: Even the most traditional companies can benefit from advertising on social media. Take for example, the Girl Scouts organization. Girl Scouts had developed a new mobile app that helped customers better find where products were sold, which, in effect, will drive sales.

The outcome of this ad campaign was a victory for Girl Scouts. Over 19,500 viewers downloaded the app; which was much more than expected. The key takeaway from this: use photos of your products to supplement tweets and entice visitors. Just like with tweets, an advertisement with an image is multitudes more effective. View their success story here.

The Good: Since the search engine giant created this social media platform, it’s no wonder they added SEO benefits to it. Any activity on your company’s page is calculated into your search optimization. For someone in your circle, your company’s page will appear before others that are not in their circles. People using Google+ are usually more tech-driven than those on Facebook or Twitter. If you think this is the right audience for you, it could be advantageous to use your marketing tactics there.

Google+ features “+Post ads” that post on Google’s Display Network, which increases the reach of your advertisements considerably. This is a major plus, because visitors don’t have to be directed to another website to with their clicks.

The most unique aspect to these ads is that an advertiser doesn’t pay for an ad if someone doesn’t click on it. They only pays for as many clicks as it gets. The one downside of this is that Google counts hovering over the ad for more than two seconds as a click.

The Bad: This social media network hasn’t received nearly as much engagement as the other three sites mentioned in this blog. It only has 540 million users; compared to the others, this is very low. It also doesn’t support advanced targeting options like Facebook does. On here, you can segment ads based on demographic targeting, contextual targeting and device targeting.

The promotion policies are also very restrictive, so contests, promos and giveaways aren’t a possibility, which stops many companies from advertising here. For this reason, the best way your business can use this site is for its SEO feature. This feature is also limited, however; if you’re not in someone’s circles, it won’t help Google get your website seen by those users. 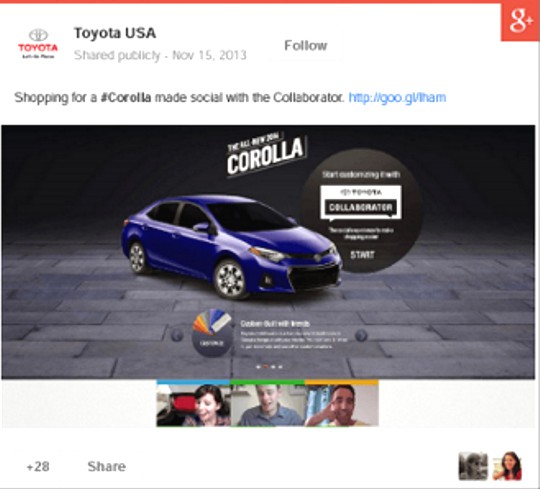 Example: Toyota has been noted for its impeccable use of advertising on Google+. Toyota not only ran a campaign on +post ads, they also used hangouts to their advantage.

They used hangout to connect dealers with potential customers, so they were able to nurture them through the sales funnel at the first point of contact. Toyota experienced dramatic results from this campaign, including a 50% higher engagement rate than industry averages. See the complete success story here.

The Good: Facebook has the largest audience, at over 1.19 billion registered users. The major plus with advertising here is the visibility it could give to your company. This makes Facebook a great choice for a small businesses. With the option to advertise based on location, you can easily increase your reach. Unlike LinkedIn, it’s a very cost-effective option. You can spend as little as a dollar a day per ad.

Another pro with Facebook ads are their advanced targeting options. When advertising on Facebook, you can target viewers based on six different categories: location, gender, likes/interests, relationship status, workplace and education.

They also do their own form of A/B testing for you. Facebook lets you create multiple ad variations and uses the best performing ad set from those variations. This gives you very valuable information into the effectiveness of each ad your company is producing.

The Bad: Facebook as an advertising only has one crucial drawback you should keep in mind: the metrics that Facebook provides regarding ad performance are (currently) pretty miniscule compared to other sites. 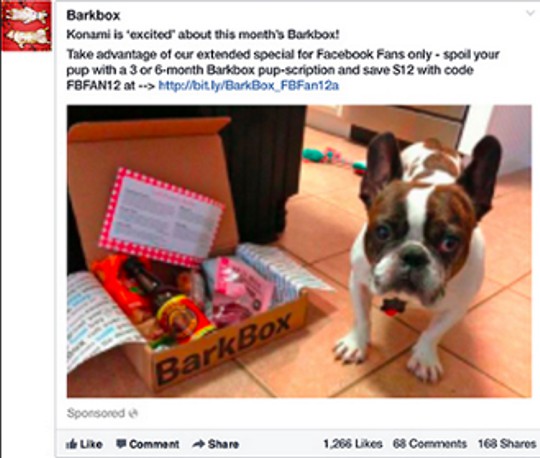 Example: BarkBox used Facebook’s targeting abilities to their advantage and has greatly benefited from it. The company received half of their daily conversions and one-third of their daily traffic from Facebook.

They did this by targeting dog lovers with Facebook’s custom audiences option. Using targeted keywords of people who “liked” different dog breeds, they expanded their business and grew their subscribers to 5,000 per month from Facebook alone. You can see the full success story here.

Free Download from Hubspot...
Learn How to Advertise on The Big 4