Stand Out in 2017 Using LinkedIn

Getting decent sales results can be challenging. With so many ways to communicate it's not as black and white as it use to be. I mean, 30 years ago all you had to choose from was a traditional sales calls or in-person meeting. Should I call them or knock on their front door.

Then came the internet which opened up a whole new ballgame - email communication - and what a revelation that has been. And now, here we are in 2017 and the channels just keep growing.

The birth of social media has made a great impact on how we communicate and today there are more ways to contact a lead than I can count on my own two hands. There is one in particular that I find very effective, especially when it comes to B2B selling, and that's LinkedIn...

6 Creative Ways to Make Your LinkedIn Message Stand Out

The Role of Signage in Urban Development

The last 10 years have seen enormous changes in the acceptance of commercial and institutional landmark signs, both static and digital, as well as urban and community wayfinding systems... 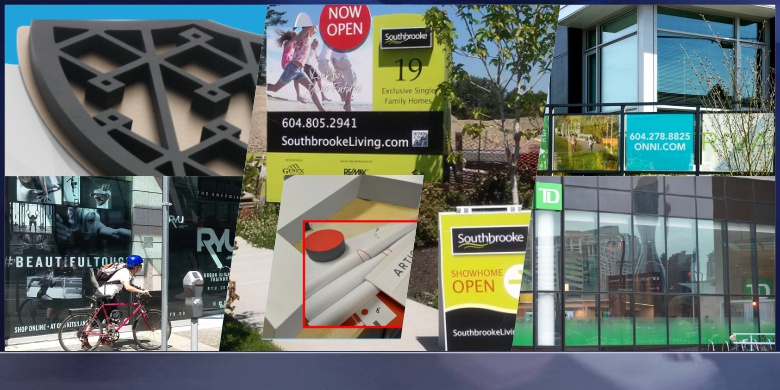 With that in mind, new research undertaken on behalf of the International Sign Association (ISA) and the Signage Foundation—a non-profit organization dedicated to expanding knowledge of the purposes of on-premise signage—has explored the various ways signs enhance cities’ downtown areas, helping to increase tourism, development and consumer spending. By reviewing the importance of different attributes of exterior landmark signs, this research study has compared the effectiveness of different approaches to create a clearer picture of how signs play an important role in their communities.

Alfred Waugh on Indigenuity in Architecture

Alfred Waugh, the principal of Formline Architecture in Vancouver, presented the "Indigenuity in Architecture" session at the Wood Design and Solutions Conference held on Feb. 28 in downtown Vancouver...

Waugh detailed the Nicola Valley Institute of Technology, based in Merrit, B.C., as the basis for his firm's further work on wood projects.

It was decided at first to have two separate entrances, but a First Nations elder pointed out "we've been going through separate entrances for 200 years" so the design changed to one large entrance, along with a circular space in the middle of the structure.

Teepees were used in the Nicola Valley for hunting and fishing which are natural air funnels, and the climate elements of the building used that methodology as a design inspiration. Yellow cedar was also used in the building envelope.

Waugh also designed the First People's House at the University of Victoria, and he said the building's quadrangle shape is meant to integrate and blend in with the surrounding land.

"It's one of the few heavy timber buildings in the centre of the campus, surrounded by concrete buildings," Waugh said.

The building is meant to be a celebration of water, Waugh said, which is an important element to the Coast Salish people. Stormwater is handled on site and the lower roof is a green roof.

The idea of the building is to share culture as students and others walk through the building, Waugh said, and as such has been a success, with both First Nations and other students using the structure.

Longhouse design was another key point of inspiration, but it also worked as a way to enable displacement ventilation. The design allows for passive cooling and uses "100% fresh air." Computer fluid dynamic modelling was used to calibrate ventilation requirements to occupant load.

The main air supply is provided through a "ventilation totem" outside the building, which sends air down to the mechanical ventilation systems.

"A forest of columns replaced the forest of jack pines we had to displace," Waugh said.

Waugh also worked on the Squamish Lil'Wat Cultural Centre, which is designed similarly to longhouses, and he said the building was meant to be inviting and a way to share culture rather than a "black box."

"We wanted it to be a plank house, but a transparent one," he said.

The First People's House on the UVic campus used an interpretation of the slotted post and beam connection for the Coast Salish Long House part of the structure, using glulam columns and beams.

Waugh highlighted the O'Siyam Pavillion in Squamish, which uses curved glulam to create a bandstand.

"It's an expression of the locale, where the mountains meet the sea," Waugh said, and the roof reflects that with its undulating shape.

Waugh also pointed to the Liard River Hot Springs in Liard River, B.C., a project where they were not allowed to use any electrical or mechanical elements. The project was a replacement of existing change room facilities and washrooms, but they made minimal impact during construction to preserve endangered snails in the area. There we no lights allowed, so the structure made use of natural light.

The Indian Residential School, History and Dialogue Centre on the University of British Columbia Vancouver campus is a building meant to highlight a dark period in Canada's history. The idea for the building was for the landscape to "penetrate" the structure, so that it blends with the land and provides areas for outdoor learning.